Dangers of Black Mold for Elderly 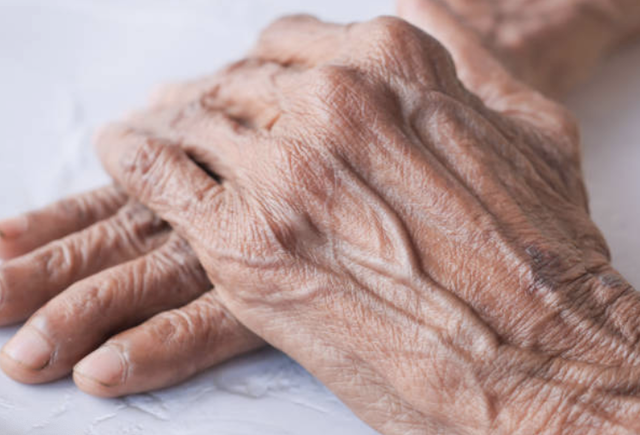 Baby Boomers are beginning to reach age 65, the typical age to be classified as “elderly.” This large generation will be experiencing many things over the next few decades. For many, one of these things will unfortunately be declining health.

Even a healthy older person is at greater risk for certain conditions, including mold sickness.

In the following sections, Pure Maintenance of St. Louis will discuss what puts this generation more at risk for severe reactions to mold.

Factors that Lead to Mold Sickness in Older People

Elderly people typically have these things in common. Any one of these criteria may result in serious illness due to mold, and when more than one condition is met, the person is at an even higher risk.

As we age, our cells are not as quick to regenerate. This leads to difficulty healing, prolonged sickness, and decreased vitality. What our bodies could easily fight off at a younger age can really take a toll on us when we get older.

Older homes are likely to develop mold in the basement, crawl space, and even the windowsills. A person who has lived in the same home for decades with no mold inspection likely has a mold problem somewhere in the house.

Symptoms can blend with pre-existing conditions

Mold exposure can be hard to pinpoint, especially in people with pre-existing conditions. We’ll discuss some of the conditions that can make it hard for doctors to diagnose mold sickness in a following section.

Not able to communicate symptoms

Older adults who suffer with dementia, stroke or other neurological deficits can’t relay to their specific symptoms to doctors or caregivers, making mold exposure a surprisingly common reason for death in older adults.

Why Mold is More Dangerous for the Elderly?

Seniors are at a greater risk of serious mold sickness because their bodies are less capable of fighting off viral and bacterial infections. When mold spores enter the lungs, they can lead to these infections and in many cases lead to extreme illness or death.

Hemorrhagic pneumonia is a condition that affects anyone with a weak or compromised respiratory system. It occurs when an infection in the lungs leads to bleeding in the trachea, upper respiratory tract, or the alveoli (air pockets) in the lungs.

The bleeding is caused by an infection in the respiratory system. It is particularly common in senior citizens who have been exposed to mold.

Incidentally, infants are equally likely to develop pulmonary hemorrhage, much for the same reasons. Their immune systems are not fully developed, and they are incapable of fighting off certain viruses and bacteria.

This condition is compounded because babies are not able to tell their caregivers what’s wrong.

Doctors may not test an infant for mold exposure right away because there are so many other, more common ailments that affect babies. The same is generally true for elderly people.

The degenerative issues listed below are common in the elderly community. Some of these ailments can look similar to mold exposure symptoms, while others are exacerbated by mold exposure.

Below is a list of these conditions. By no means is this an exhaustive list, but it will provide you with a good idea of the health conditions that can put older people at higher risk than the general population.

A person who presents with respiratory symptoms may be checked for mold exposure, but for a patient with rapidly progression osteoporosis may not seem a likely victim of mold.

The connection between mold and many of the ailments on this list is that mold intensifies the other disease’s symptoms. Exposure to mold increase the chance of a person developing viral and bacterial infections that would otherwise be crushed by the immune system.

Many autoimmune diseases are triggered by mold exposure, such as shingles, chronic sinusitis, strep, and vertigo.

As long as a person is in good health, regardless of age, they are likely to withstand mold exposure with little to no lasting effects.

An elderly person in good health who has been exposed to mold will have the same symptoms that anyone else would have, including:

Unlike younger patients, though, a senior who experiences these symptoms should see a doctor to rule out mold exposure.

We discussed pulmonary hemorrhage previously, but there are other symptoms that can develop in elderly victims of mold sickness.

Generally, these symptoms would only appear after long-term exposure, barring any pre-existing conditions.

This is where mold sickness can mirror the symptoms of other diseases and short-term illnesses.

Paying attention to the patient’s living conditions and anything out of the ordinary that they may have been exposed to can really help doctors narrow down what is causing these symptoms. We’ll discuss this further as we wrap up in the next section.

Sources of Mold in a Home

To conclude, we believe that knowing how mold grows and thrives is the best way to prevent yourself or elderly loved ones from mold exposure.

Because mold sickness can be detrimental for older people, they must take note of changes in their environment and keep a record of recurring symptoms. Some examples of where mold exposure might occur include the following:

Anyone who develops mold-related symptoms in one of these scenarios should be checked for mold exposure immediately, particularly an elderly person.